The outfit is complemented with sunglasses to add some chic.

The main elements of the outfit:

Men’s accessories which spice up the outfit:

For style-minded men, an imposing quality coat is probably the best variant to wear in chilly or cold weather.

A smart brown coat is the necessary element to make a striking impression with this outfit.

There are a variety of styles when it comes to coats.

Choose the best option to match the other garments. 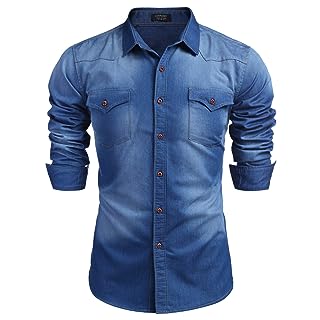 It is known that of late years there has been a revival of jeans shirts in the world of fashion.

Indeed, shirts made of denim look original and stylish, especially with certain clothes.

A light-blue lightweight jeans shirt will excellently match a brown coat and black jeans, providing a good contrast and making a great impression.

It's safe to say that jeans are one of the most popular types of trousers around the globe.

This garment made of denim appeared in the second half of the nineteenth century and at once became popular among both men and women.

The most common colour of jeans is blue, but actually there are many other variants.

As concerns this outfit, black jeans is the most appropriate option. 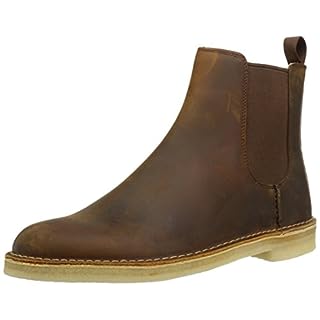 Having appeared as far back as at the Victorian era, these ankle-high close-fitting boots regained their popularity over the recent years.

Chelsea boots were designed by Queen Victoria's shoemaker himself.

This type of shoes was also very popular in the previous century during the rock'n'roll era, having been worn by such prominent people as the members of The Beatles and The Rolling Stones.

Over the past years, Chelsea boots have emerged as one of the fanciest types of footwear for style-minded men. 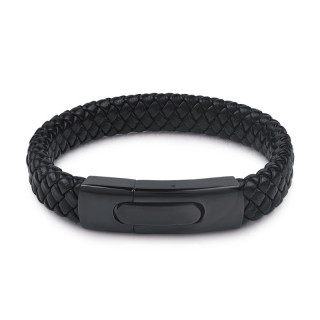 Your only problem is to choose for the style.

Here it would fit perfectly a black color bracelet in order to complete this casual look. Man can combine it with watch in a hand or separate to another one. 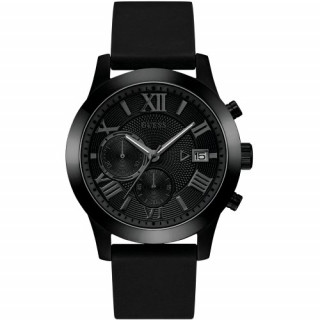 Such a detail as a watch should not only fulfill its direct function, but also be a stylish completion of the image.

Here, in our opinion, it will be a perfect choice for black strap watch matching to jeans and other accessories. 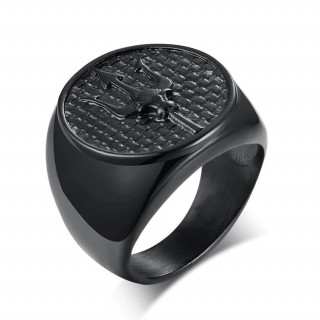 Chains, bracelets and especially men’s rings can become that necessary thing to make you look the best you can.

Not holding back, taking chances. Choose forms and materials, combine it, and you’ll obviously find your own style.

For completing your look and making it really luxurious you should add sunglasses.

Apart from looking smart with this outfit, sunglasses will keep your sight clear in sunny weather.

Choose the variant to fit your look best.